Prostitution of students masquerading as payment for their company. This expression arose after there was a growing phenomenon of adult people paying schoolgirls to be escorted. On rare occasions it involved sex.

Elements that remind us of a season. For example, Christmas pine trees remind us of December, or in Japan the sound of cicadas is associated with summer.

Refers to trained employees who are relegated to office jobs with no opportunity for advancement until they retire. The word refers to people who finish their tasks early and stare out the window.

Sunlight filtering through the leaves of the trees. In Spanish I think the closest word would be resolana.

Persuade people to buy items for a high price by ensuring they bring good luck. Japanese society in general is not religious, but it is very superstitious. That is why they have various amulets and rites to bring good luck.

Rain of cherry blossom petals. The word is formed by sakura (cherry) and fubuki (storm).

Therapeutic walk through the forest. The expression literally means “forest bath”, and refers to a walk to relax. At the same time substances emitted by trees, called phytoncides that serve as a defense against bacteria.

Aesthetic sense in Japanese art that emphasizes simplicity and refinement. Wabi denotes simplicity, coolness or calm, while i knew refers to the beauty product of age.

Have a great sense of aesthetics, appreciation of the fleeting nature of beauty.

“Repair with gold.” In Japan there is a tradition of repairing pottery with gold or silver lacquer, but it has a philosophy behind it: Understand that ceramic work is even more beautiful after it has been repaired.

The feeling that one has when seeing a person for the first time and feeling that both will fall in love. It is different from “love at first sight”, it no longer only implies that the feeling of love exists, but that it is inevitable.

Buy books and not read them; stacking books on shelves, the floor, or on nightstands.

“Horizontal food”. It is an expression that is used to refer to Western food, since unlike the West, in Japan it is customary to write vertically. It was a popular expression for a time, but it is apparently already out of date.

It refers to a tireless mother who pushes her son to achieve academic success.

The Todaiji Temple is located in the famous Nara Park. It is worth noting that it is the largest wooden… 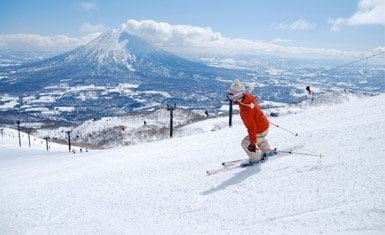 Okunojima Island in Hiroshima Prefecture has recently become a popular place to interact with wild local rabbits. It is just…