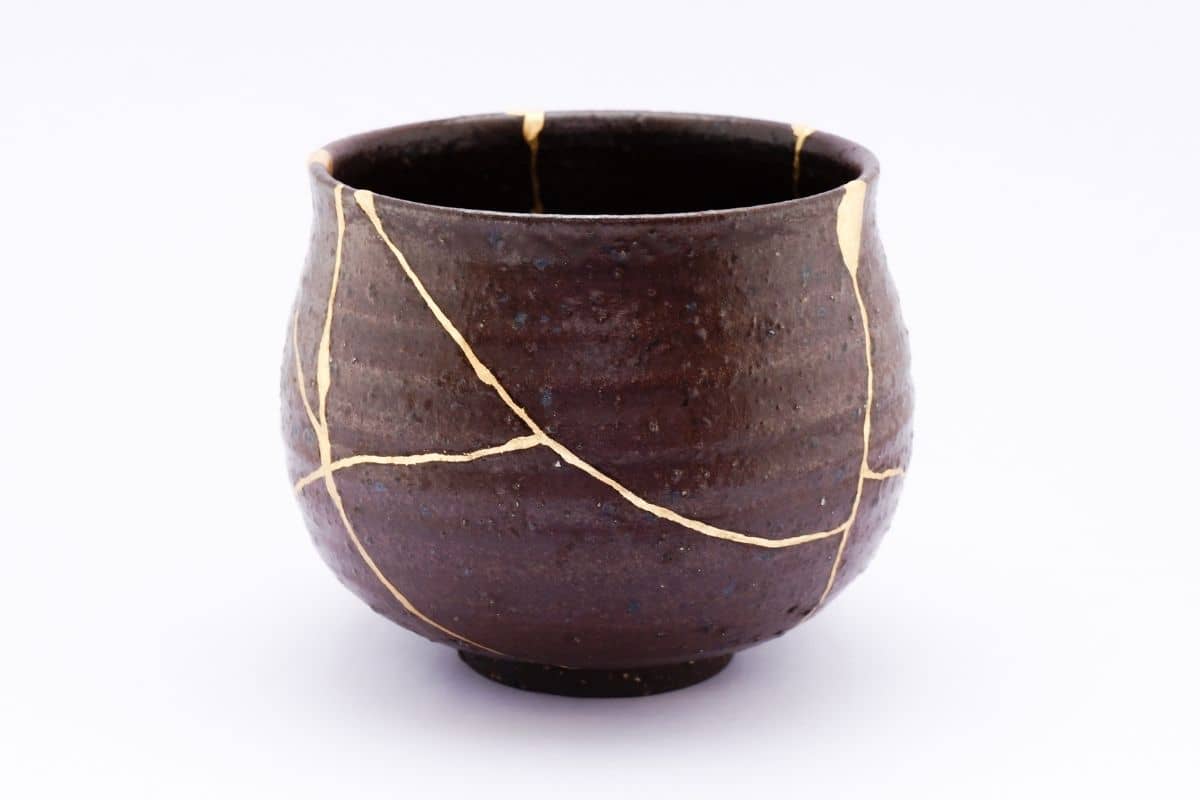 A handmade object, such as a bowl or cup, is appreciated for the care that the goldsmith put into it to give it a purpose. By breaking an object and repairing it, the Japanese consider that the value of the object is enhanced to a new level of appreciation.

Contents
The Origin Story Of Kintsugi
The beauty of the broken

The Origin Story Of Kintsugi

This art of repairing pottery dates from the 16th century. The story tells of a landowner who was given a beautiful bowl that would be used for a tea ceremony. Someone accidentally dropped the bowl, which broke into five pieces.

One of the guests improvised a poem in which he spoke of the name of the one who gave the bowl, the style of the bowl, and the five pieces, provoking laughter from the other guests and preventing the landlord from getting angry.

The beauty of the broken

Rather than being viewed as losing value, repairing ceramic creates a sense of new vitality. In other words, the bowl becomes more beautiful after it has been broken and repaired. In other words, the proof of the fragility of these objects and their ability to recover is what makes them beautiful.

Although the word kin (金) is used to refer to metals in general, usually silver or gold powder lacquer is used, so that the cracks are “patched” with metal. That is why other expressions such as kinnaoshi (金 直 し) or ginnaoshi (銀 直 し) when referring specifically to gold or silver repair, respectively.