The city of Kyoto is the seventh-largest city in Japan and for a time it was its capital. It is a city where temples and shrines abound, many of which are considered world heritage sites. 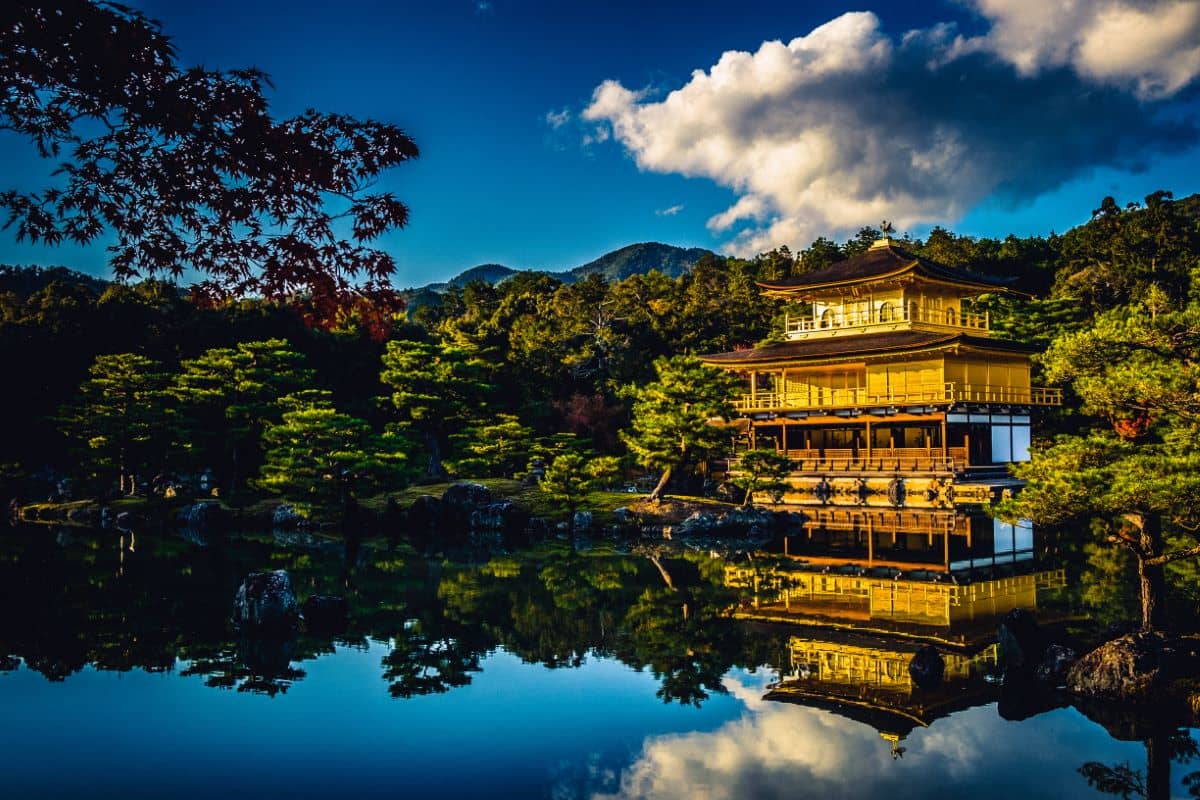 An unmissable walk for visitors is through the district of Gion, where you can see Geishas walking. In Gion, you will find various shops, restaurants, and tea houses. There, the geiko (Geishas in the Kyoto dialect) and maiko (apprentices of geiko) entertain customers.

South of Kyoto is the shrine of Fushimi inari, famous for its thousands of arches Torii. These arches mark the separation between profane and sacred space. This is one of the most important shrines dedicated to Inari, the Shinto god of rice. Because foxes are thought to be Inari’s messengers, various statues of these animals can be found around the shrine.

If you are going to visit Kyoto, it is best to do it in July. On those dates the Gion festival (Gion matsuri). This festival was held for the first time in the year 869 to appease the gods during an outbreak epidemic. There are several events that occur during the month, the most important being the Yamaboko, were several gigantic floats parade. There are two types: yama and boko, hence its name. These floats are gigantic, reaching 25 meters high, and weighing 12 tons. A child is selected as the messenger of the gods. You cannot set foot on the floor from July 13-17, which is the duration of the parade.

Kyoto is also known for its gastronomic variety. He Kaiseki ryori It is a style of food that originated from the tea ceremony, and became popular among the aristocratic class. It emphasizes the subtlety of the flavors and ingredients of the season. He Shojin ryoriOn the other hand, it is the food of the Buddhists, who are prohibited from taking the life of an animal, and therefore it consists of vegetables. Its main ingredient is tofu. Finally, the Obanzai Ryori It is the home cooking style of Kyoto. This consists of several dishes of simple preparation.