Despite the popularity of Japanese art and the imagination around prestigious tattoo artists who imitate this art in the West, in Japan, it is not well regarded to have a tattoo, however minimal it may be.

Sometimes it even becomes problematic since there are public spaces where tattooed people are not allowed to enter. Why?

What Places In Japan Ban People With Tattoos? 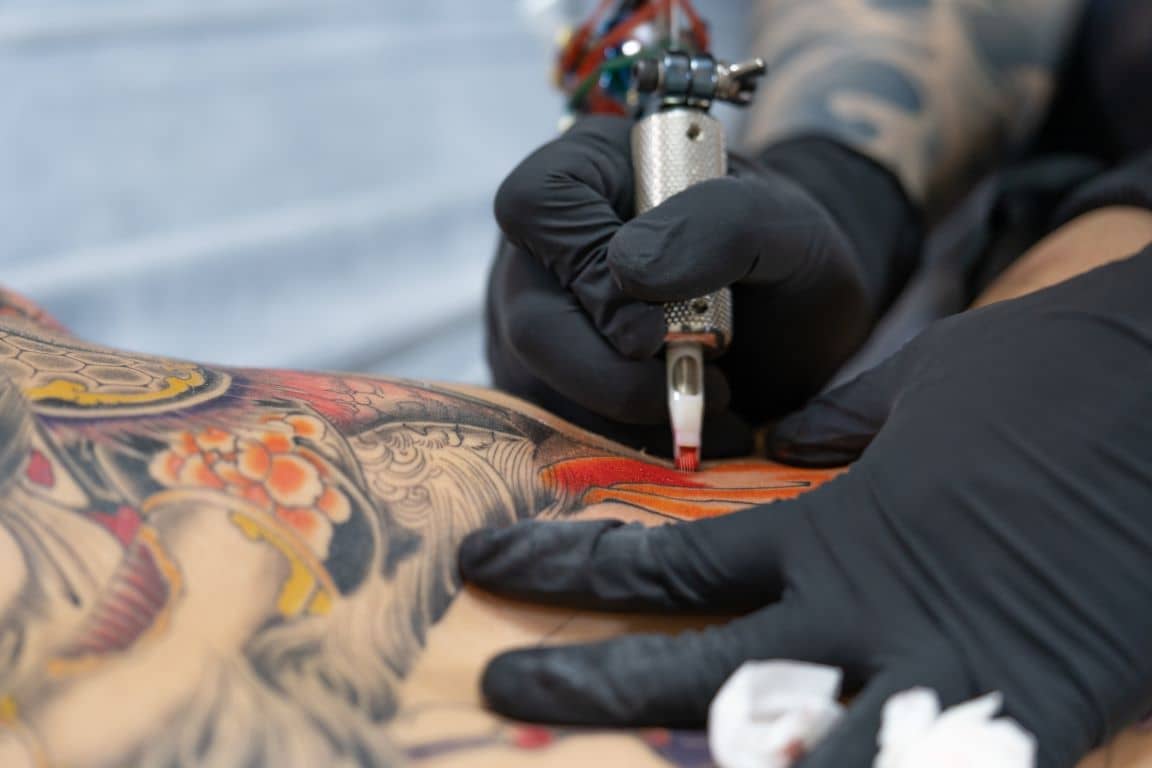 In Japan, there are several types of establishments where people with tattoos are banned from entering. This most commonly occurs in places such as gyms, pools, and particularly Onsens.  There is often a sign that states the entry of people with irezumi (入 墨, tattoo in Japanese) Is restricted.

You may be able to get away with covering up your tattoo with a patch or trying to keep it hidden. But if you have a larger tattoo, or one that is highly visible, such as on your neck or along your arm, you will likely be asked to leave. This well generally occurs for both foreigners and Japanese with prominent tattoos.

Why Are People With Tattoos banned In Some Places In Japan?

Why this social stigma? It is largely due to tattoos being related to Yakuza, the Japanese mafia. This group of people engages in illegal work, such as extortion, counterfeiting, scams, selling drugs, prostitution, and gambling.

These people use tattoos that cover large parts of the body to identify themselves as yakuza, so for Japanese society, having a tattoo is equivalent to being a criminal or an untrustworthy person.

In 2012 an attempt was made to carry out a program in Osaka in which public officials had to report all the tattoos they had, down to the smallest detail. Failure to do so was even threatened with lower pay or even losing their jobs.

This new initiative was carried out by the Mayor of Osaka, Toru Hashimoto. Hashimoto’s campaign was intended to expel tattooed people from the government and improve its image of the government.

Although this may seem somewhat exaggerated in Western countries, in Japan, the tattoo has a connotation strongly related to criminality.

Recent Changes To The Way Tattoos Are Perceived In Japan

However, recently, Japanese society has taken a contradictory turn. As the government takes more severe measures to combat the Yakuza, fewer mafia members get tattooed, and more are “Good citizens” who go to get tattooed.

Thanks to the introduction of American series or international celebrities who exhibit tattoos, the image of the tattoo in Japan gradually begins to become positive among young people.

For example, in the public baths of Hokkaido, it has been suggested to re-evaluate policies that prohibit tattooed people from entering public baths and hotsprings, as it is considered discrimination. Now some other bathhouses and onsens in the rest of the country have begun accepting people with tattoos.