Sapporo is one of the newest cities in Japan, founded in the late 19th century.

The biggest event is the Sapporo Snow Festival in February, known for its competition of ice or snow sculptures of various sizes.

In Japan, Sapporo is known for Sapporo beer and miso-flavored ramen. The Susukino entertainment district is among the largest and most well-known in Japan.

It is located on a territory that had originally been occupied by the Ainu, hunter-gatherer populations that had inhabited northern Japan for millennia. The Tokugawa shogun had founded a trading post in 1821, in the middle of the Edo period.

When Hokkaido was officially annexed to Japan in 1868 during the Meiji Restoration, it was decided to found Sapporo in 1869 as the capital of Hokkaido.

For its planning, help was requested from the US government, so the urban layout of Sapporo in the form of a grid is different from other traditional Japanese cities and similar to North American cities. It was transferred to the status of ‘city’ on August 1, 1922.

Until the founding of Sapporo, Hakodate had been the capital and largest city of Hokkaido and, until the middle of the 20th century, Otaru had been more populated than Sapporo.

Rapid expansion in the 1930s and 1940s made it the fifth largest city in Japan. On the outskirts of the city the New Chitose Airport was built.

The 1972 Winter Olympics held in this city were the first winter games held in Asia, being inaugurated on February 3.

This symbol of the city was built in 1878 as the military training hall of the ancestor of Hokkaido University.

The Clock Tower, which crowns the building, has been ticking continuously since 1881. It is listed as an Important Cultural Property. 400 meters south of Sapporo Station. 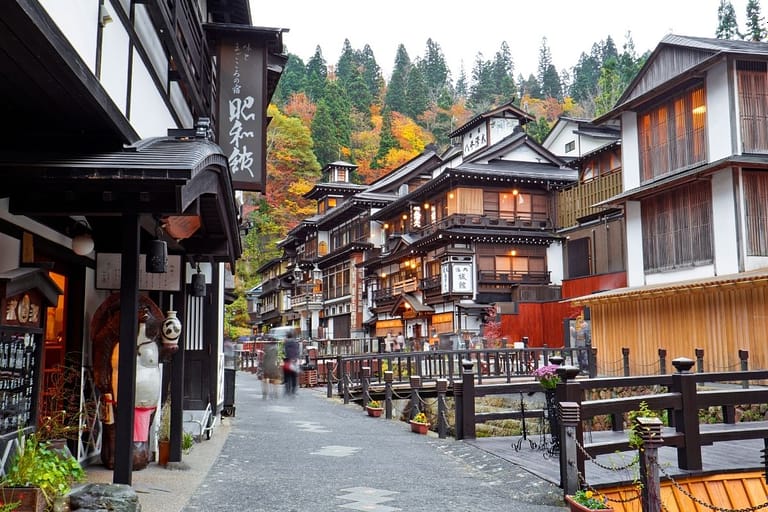