Within Japanese folklore, the fox has a special place. This represents a mythological creature capable of transforming to fool people and play pranks on them. The number of tails represents the age, wisdom and power of the fox. The maximum number of queues with which it is represented is nine.

This type of kitsune is known as kyuubi no kitsune (九尾 の 狐, or Nine tails fox) and are said to get all nine tails after living more than 100 years. With them they obtain skills such as seeing and listening to what is happening anywhere in the world. Other stories attribute omniscience, longevity, and magical powers to them. Also, their fur is said to turn golden or white.

One of the best known stories of the kyuubi no kitsune Its the Tamamo-no-Mae, a courtesan of Emperor Konoe (1142-1155) who was said to be the most beautiful and intelligent woman in Japan. She had a lovely scent, and her clothes never got dirty. Also despite looking twenty years old, he knew all the answers to what they asked him. Then it was inevitable that Emperor Konoe fell in love with her. However, he suddenly fell ill and no one could find the source of his discomfort.

An astrologer by name Abe-no-Yasuchika found that the woman was actually a nine-tailed fox working for a daimyo evil man who aspired to the power of the emperor. After being discovered, Tamamo-no-Mae disappeared from the court. So the emperor sent two of his best warriors after her. Tamamo-no-Mae later appeared to one of the warriors in a dream, foreshadowing that he would kill her the next day and implored his mercy, but he refused and killed her the next day. Then his body became the Sessho-seki, a stone that killed whoever touched it, and its spirit became Hoji, a soul that jealously guarded the stone.

Throughout history you can find records by different illustrators. One of the oldest is by Toriyama Sekien, and other popular artists like Hokusai also made illustrations that narrate the legend of Tamamo-no-Mae. He kyuubi no kitsune It is also known in popular culture, since it appears in several television series as in Pokemon or Digimon. 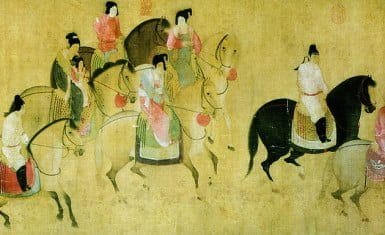 Shinto “Imamiya Ebisu” is the most famous among the small shrines in Osaka. It is located in the Naniwa sector….