Karatsu is a city located on the coast of the Genkai Sea, northwest of Kyushu. Thousands of years ago, this sea was a sea route that connected the Japanese islands with the Asian continent. Rice fields dating back approximately 2,700 years have been found in this area, indicating that it was one of the first places where rice was cultivated in Japan with techniques imported from the continent.

The historical records of the Three Kingdoms of China identify the existence of a small country called Matsura-koku in this region by the third century. The name Karatsu (唐 津, which means Port to China) was first recorded until the 17th century.

Karatsu Port can be reached by train from Fukuoka, Kyushu’s largest city. On the way you can see a very dark type of pine, known as Niji-no-Matsubara (Rainbow Pine Grove) that runs along the coast. It was originally planted by the Karatsu clan in the 17th century as a protective barrier against strong maritime winds. The best way to enjoy this grove is by climbing Mount Kagami-yama. The height of the mountain offers a unique view between the green of the trees, the white of the coast and the blue of the sea. You can also see the castle and the town of Karatsu from there.

Upon arriving at Karatsu Station, the visitor can see a giant statue of a lion. This is a model of the floats parading at the Karatsu Kunchi festival. The festival occurs from November 2 to 4, and dates back to a tradition celebrated by peasants more than 190 years ago, where the god of Karatsu Shrine was thanked for good harvests. In addition to lions, other floats are made in the shape of sea bream, samurai helmets, and other unique designs. Every year visitors come from all over the country to witness this parade.

Karatsu Shrine is a 10-minute walk from the station. Except for the days when the festival takes place, the floats are displayed in this sanctuary. Each car is made of washi (traditional Japanese paper) that covers a frame made of wood or clay and then painted. They are over 100 years old, and every year they circulate during the festival.

Karatsu is a walking city, and it still retains the atmosphere of the castle era. Looking around, you can see Western-style banks and Japanese inns dating back 100 years, plus a mansion built by a mining entrepreneur in the 19th century. Although the mine ceased operations long ago, there were coal fields near the port of Karatsu that were a source of wealth for local entrepreneurs.

Another attraction that you cannot miss is the Karatsu goldsmith shop. Since the 16th century, cups and mugs have been produced to works of art used for the tea ceremony. One of the most appreciated ceramic works is the e-garatsu, a piece of ceramic with ocher colors and earthy texture in which flowers and birds are drawn on glass. One of the most famous kilns is that of Nakazato Taroemon, which in its time was the goldsmith that supplied these ceramic pieces to the Karatsu clan. The current master goldsmith represents the fourteenth generation and has a gallery on display for visitors.

Finally you can not miss the food. A popular dish is tsugani, a species of crayfish that is obtained from the Tamashima River. He kanimiso (the pasty meat of the crab) with white meat is a local delicacy. He kanimeshi (rice with crab meat) is also recommended. Karatsu is also known for raising black cattle. The meat, which is a delicacy typical of the Saga prefecture, is sweet and tender, perfect for the shabu-shabu (boiled strips of beef). 20 minutes northwest of Karatsu is Yobuko, a port town where you can find white squid. In the town you can see clotheslines with squid of the day put in the sun to dry. Throughout the year except for New Years, you can go to a market where fresh fish, clams and vegetables are sold. A wide variety of delicacies from the Genkai Sea (such as sushi, boiled dishes and soup) can be found. 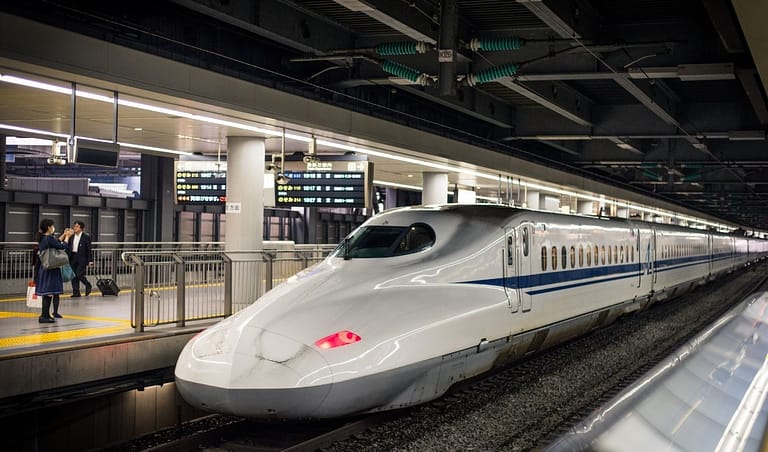