In Tochigi Prefecture there is a place where time travel becomes possible… Would you like to see a real Samurai? Watch the extravagant Oiran procession? Go to a Ninja Trap House? Then enjoy it in the great theme park “Edo Wonderland”.

The park is a large-scale recreation of a village from the Edo period (1603-1868), and it is truly an unforgettable experience!

In the Edo period, Japan lived through an era of peace, where culture flourished like never before, giving rise to Kabuki, the world of geisha, and the perfection of bushido. The special thing about this park is that it allows you to see history in a direct, fun and exciting way. From the entrance to the farewell it is a delight for visitors. You will be greeted by Ninjas who point out the path where the villagers will be happy to receive you. There is a Shinto shrine at the entrance of the park where a large statue of a priest welcomes visitors. A beautiful natural landscape surrounds the site and in this magical place you can: – Learn to play the Shamizen (traditional Japanese instrument) – See the majestic procession of the Oiran – Visit the house of the Ninjas – See the collection of traditional cups from Japan – Stroll through the true atmosphere of the Edo period – Taste Japanese food that was traditional at that time

And many other extraordinary experiences! Every now and then you might see a feudal lord surrounded by his loyal warriors, or perhaps get caught by the Edo period police with their ropes for a fun picture.

Edo Wonderland is one of the few places in Japan where you can feel like you’re in a samurai movie, as absolutely all the people who work in the park are dressed in Edo period clothing and their speech is the same as that of the Edo period. It is truly a journey back in time. In the park you can rent anything from a traditional kimono, to the armor of a Samurai or the elegant costume of an Oiran. The procession of the Oiran was a major event in the Edo period.

In Edo Wonderland you can witness this event and many other mysterious and wonderful things from the Edo period. If you want to know Japan from its origin, travel back in time and live an amazing multisensory experience, visit the theme park «Edo Wonderland». General information

Edo Wonderland Nikko Edomura, is a theme park where the culture and life of the Edo era are reproduced, a period in which the spirit of the Japanese developed. Entering the village through the gate that represents a checkpoint, visitors will feel as if they had a trip back in time and reached the Edo period. Rows of houses in a city, inns in the center, residential areas of samurai, and a ninja village, are reproduced in an area of ​​about 500,000 square meters. There are many places of interest, such as a watchtower to monitor the fires in Edo city, period in history where many fires occurred, and Nihonbashi Bridge, with views of Yakatabune, privately owned Japanese boats (houseboat) . There are also six movie theaters, and visitors will be able to enjoy plays, where performances of ninjas, oiran (courtesans) and so on are offered.

Kumamoto Castle is a Japanese enclosure located in Kumamoto Prefecture. It was built in 1607 and it is one of… 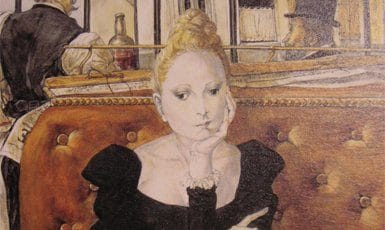