Japanese tea is a drink that represents the history and culture of the country. In Japanese it is called Ryoku-Cha (緑茶, literally green tea) or Nihon-Cha (日本 茶, literally Japanese tea). The Japanese consume this drink daily.

In China, the history of green tea dates back to 2700 BC – the Chinese drank it as medicine. Green tea seeds were introduced to Japan in the 8th century by monks sent to China to study culture and politics, much more advanced than those of Japan. In the chronicle ‘Nihon Koki (日本 後 紀)’, a text on the History of Japan written in the early Heian period in the 8th century, it is said that tea grown and made from seeds brought from China by a monk was offered to Emperor Saga. This is the oldest account of green tea in Japan. It should be noted that since tea was very valuable, it was reserved only for people of high rank.

History of green tea in Japan

The culture of drinking green tea is said to have appeared in the history of Japan during the Kamakura period in the 12th century. The monk Ei-Sai (栄 西, founder of the Rinzai branch of Japanese Buddhism, 1141-1215) wrote the first work on the cultivation process and the efficacy of green tea in the early Kamakura period. According to this text, at that time, the tea leaves were crushed, then hot water was poured over them and drunk: it is a bit like today’s matcha, but since the processing of the leaves was different, it is said that the taste was inferior to now. Ei-sai sent the tea seeds to Myoe, a Kyoto monk who sowed them and created the first tea field in Japan. Little by little, drinking green tea became common among the monks and at the same time it became a tool for social interaction among the Samurai class: the latter organized a kind of “tea ceremony” to show the guests the expensive accessories from China, needed to prepare tea.

The Uji region in Kyoto was particularly conducive to tea cultivation due to its topography and temperature difference, and green tea cultivation was promoted there by the Shogun Ahikaga (to this day, Uji is still known by growing tea). The green tea produced in Uji became, already at that time, a good quality tea.

From the Edo periodNot only samurai, but the Japanese in general drank tea: at that time, the dried leaves were boiled to make tea. In 1738, a tea producer Nagatani Soen (1681-1778) found a new method of preparing tea leaves called Sen Cha (煎茶): the method consists of steaming the torn leaves and then drying them by rubbing them. By rubbing them before drying, a deeper flavor, fresher aroma and transparent color could be obtained. This new preparation soon spread throughout Japan.

In 1835, Sen Cha developed a high-quality tea plant: Gyoku-Ro (玉露): at the time of budding, the tea plant must be in the shade. This technique increases animated acids such as theanine which gives a better flavor to tea and suppresses the production of catechins that cause a bitter taste. Compared to Sen Cha, Gyoku-Ro has a more pronounced sweetness and a unique aroma. But since it takes much longer to grow than Sen Cha, Gyoku-Ro is considered a luxury product.

With the development of cultivation techniques, the custom of drinking green tea spread rapidly and green tea production became an important industry in the country.
After the opening of the country during the Meiji era, 20% of total exports were green tea. However, with the emergence of black tea from India and Ceylon, exports gradually began to decline. Instead of exports, domestic consumption increased. Green tea then became an indispensable drink for the daily life of the Japanese.

Differences between English (black) tea, Chinese (Oulong tea) and green tea For these 3 types of tea, the same variety of tea plant is used. The way the leaves are processed (especially the degree of fermentation or oxidation), after the leaves have been harvested, differentiates the color, taste and aroma.

-Japanese green tea: immediately after the leaves are harvested, they are boiled. 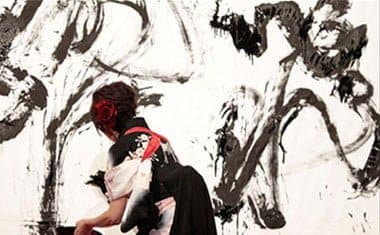