Kochi prefecture is located on the southern coast of Shikoku Island in Japan. It is famous for its natural beauties, its history, and its museums.

Some of the most recommended places to visit in this prefecture are: 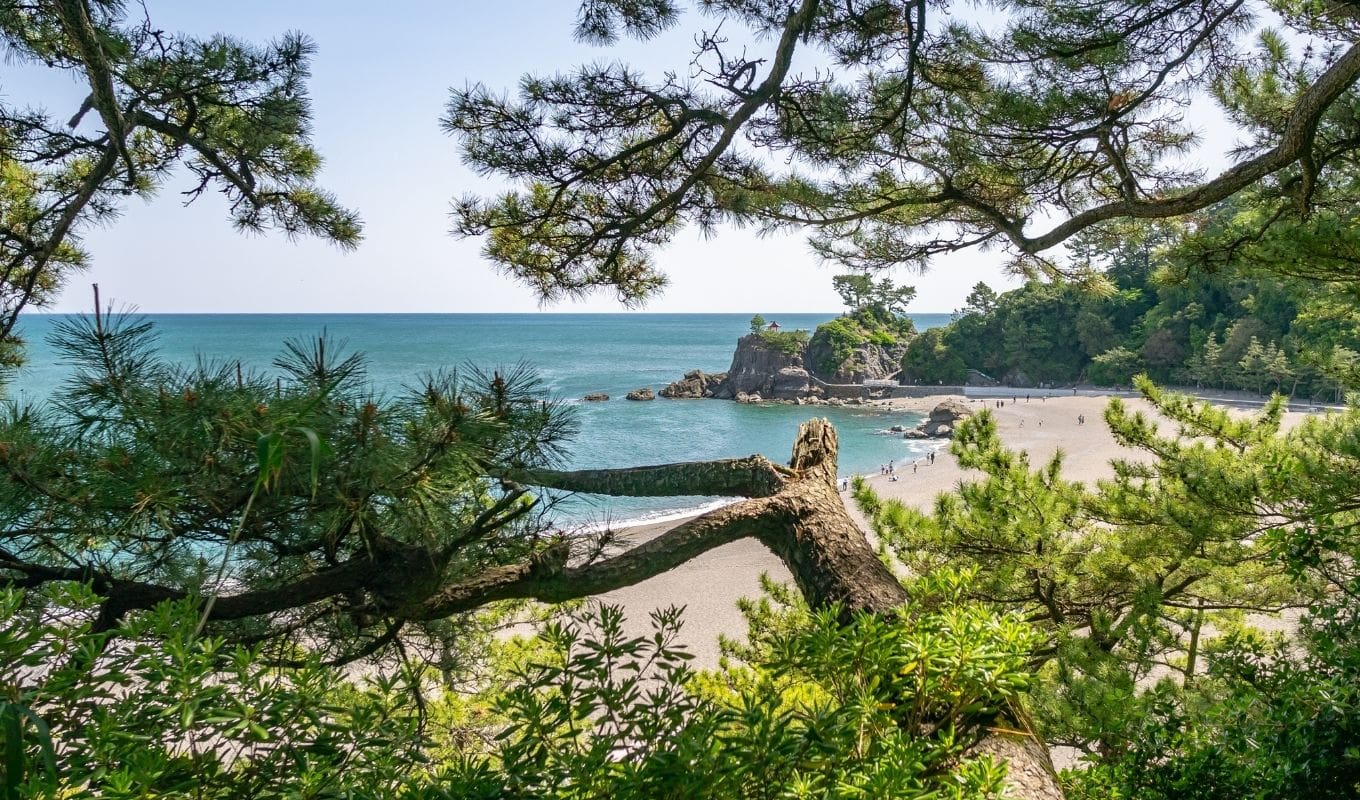 It is said that since ancient times this beautiful marina is a perfect place to observe the moon. In the surroundings, you can visit various shops and an aquarium.

It is a venue that deserves to be known. It was founded in 1611 by Yamanouchi Kazutoyo. It is one of the 12 castles in Japan (original) that, because it was not used for war purposes, still has its main towers and the fortress intact. It is very famous for its wonderful views in the hanami when people recreate themselves with cherry blossoms. It is considered an Important Cultural Asset. It shows an impressive building that dates back to the Edo period (1603-1868).

It is a great crystalline river that is surrounded by magnificent mountains and crossed by bridges that make this site an excellent tour of its natural landscape.

At 196 km long, this river is not only beautiful but also the lifeblood of the region, as it forms part of the livelihood and culture of the people who live there. For people interested in connecting deeply with nature, this place is the one.

Is located in Konan. Great and historic cars and motorcycles are on display, especially from 1960 to 1980, with an emphasis on racing cars and super sports cars, such as Abarth, Porsche, and Ferrari. The collection also includes a DeLorean, a Shelby Cobra 427, a Ferrari 365 GTB / 4 Competizione, several Fiats and Alfa Romeos, and a Cizeta Fenice TTJ Spider.

The motorcycle section shows Norton, BSA, Triumph, BMW and Honda models. For car fanatics it is an essential stop during their journey through the Kochi region.

They are in Aki, which was once a city created around a castle. An entire street is still preserved where there are several houses that belonged to high-ranking samurai. You can enter these houses and imagine what life was like for these warriors.

Located near the Shimanto River, it is a museum dedicated to one of the most famous Japanese mythological creatures, known as kappa. Kappas are said to have green, child-sized bodies, small beaks, turtle shells on the back, and a plate on top of the head. It is believed to inhabit areas around rivers or ponds. Around 1,300 high-quality kappa sculptures are exhibited in this museum. It is undoubtedly a very special place to meet these rare and mythical creatures.

There is still much more to see in Kochi, a prefecture full of surprises, peculiarities and beautiful landscapes full of peace. When touring the island of Shikoku, it is recommended to take a walk around this beautiful prefecture.