Just as jazz in America originated in New Orleans, we cannot ignore the importance of the Yokohama port in the development of this genus in Japan. Jazz was introduced through port cities like Yokohama and Kobe since the 1920s. These ports brought passengers, goods and bands from all over the world. Today, fans of the genre in Yokohama consider this place their cradle in Japan. Proof of this is its great variety of clubs and two great annual festivals.

The roots of this genre originate in the 1920s. Yokohama was the largest port among Manila and Shanghai, large entertainment centers. Then Yamate Gate Za and the Gaiety Theater, two large auditoriums, presented Shakespeare and Puccini on the billboard. Between functions the auditorium was set to make it a dance floor.

New recording technologies in 1930 helped establish new jazz cafes. Lovers of the genre could not afford the high costs of breeding equipment. But they could afford a cup of coffee and enjoy this music. The famous Chigusa It opened in 1934 and continued to exist uninterruptedly until today, except for the period of wars. Several of the most famous jazz performers, such as Toshiko akiyoshi and Sadao watanabe heard for the first time Bud powell or Charlie parker in the little cafe in Chigusa. Another of the most important coffees is the Down beat, opened in 1956. With more than 3,000 LPs and walls covered with jazz magazine covers, this was one of the most visited places by lovers of the genre.

During the American occupation, jazz symbolized the new change in national identity, accompanied by an obsession with American culture. According to E. Taylor Atkins, who wrote “Blue Nippon,” a study on jazz and authenticity in postwar Japan, American culture was crucial to the development of a democratic culture through bebop (a subgenre of fast beats). 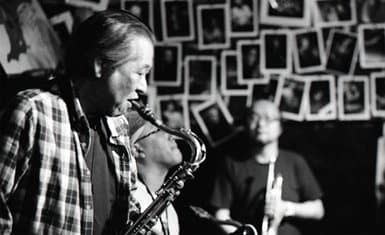 During the rebuilding of Japan, the main bars of Yokohama offered opportunities for Japanese musicians and American soldiers to share the scene. The spirit of cultural exchange continues today at Yokohama’s major festivals. Atkins commented that “In Yokohama [el jazz] obviously it became a dominant metaphor for the internationalization of the city and for its cosmopolitan aura ”.

The Honmoku Music Festival, which began in 1980, still brings internationally renowned artists. He Yokohama Jazz Promenade it was the result of the merger of several festivals in 1993. Every year it attracts tens of thousands of spectators and thousands of musicians who perform on dozens of stages, halls and even on the streets.

But any night you can find clubs near the stations Sakuragicho and Kannai. Even cafes like Airegin established in 1969, and the DolphyWith only 50 seats they have a lot of clientele. Tomonao hara, a jazz trumpeter, commented that the G Clef and Jazz is they are small, but the audience is always excellent. Another well-known club is the Bar Bar Bar.

Here are some examples of prominent Japanese jazz players.

Kintsugi (金 繕 い) is an art form that consists of repairing pottery with gold. Despite the fact that in…

Geishas are traditional performers of Japanese arts and music. They specialize in dancing, singing, and playing various instruments, including hand…