Born in 1952 in a small village at the foot of Mount Fuji in Shizuoka, Yoshitaka Amano At an early age, he had an interest in drawing after his brother lent him paper that he brought from the paper factory where he worked. In 1967 he took some of his work to a friend’s studio in Tatsunoko Productions, who had created jobs like Space ace and Mach Go Go Go. His talent was immediately recognized, and at the age of 15 he moved to the capital.

After a year of training, Amano helped design the characters for some of Tatsunoko’s most important productions, such as Gatchaman, The Hutch Bee and Shinzou Ningen Kyashaan. For 15 years he worked at Tatsunoko, until at 30 he decided to work as a freelance artist. “Once your life is very stable, your creativity dies,” Amano said in an interview.

However, he soon began to gain a following for his work on the Science Fiction Magazine publication, which serialized his work titled Twilight World. In 1984 he published his first collection of paintings, Kill (Universe of Evil). He worked with various writers, creating 20 picture books that sold by the millions. Among them are titles such as Vampire Hunter D (Hideyuki Kikuchi), Guin saga (Kaoru Kurimoto, Arslan Chronicals (Yoshiki Tanaka) and Rasen-O and Chimera (Baku Yumemakura). That same year he would join forces with Mamoru Oshii to create Tenshi no Tamago (The Angel’s Egg), a cult film in Japan.

Its success opened the doors to an industry that was barely growing in the 1980s: the video game industry. His first project was Final fantasy, which became an international success. He also created some of the characters for Front Mission, Gun Hazard, Rebus and Emblem of Eru.

In 1997, Amano changed his residence to New York, where he organized the exhibition Think Like Amano (“Think like Amano”) that showed a retrospective of his work. From New York, the exhibit was moved to the Uenonomori museum in Tokyo with record visits. In 1998 the premiere of The 1001 Nights, a film in collaboration with the composer David newman Commissioner for the Los Angeles Philharmonic. Later his work was exhibited in places such as the Barbican Art Center (London), the Museum of Contemporary Art in Shanghai and the Kunstverein Heilbronn (Germany).

Amano’s life and work is unmatched, succeeding in popular media such as sleeve and the anime and a style that combines the traditions of Japanese painting with Western influences, sometimes enhancing his work in the fine arts. 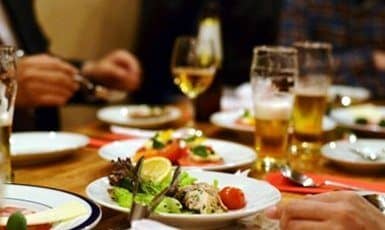