“Japan is giving away abandoned houses for free!” Sounds familiar? This news recently went viral thanks to the coverage of media and social networks that reported that you could get an abandoned house in Japan for free.

As we mentioned in a previous article, this is largely due to the fact that there are a large number of them, because the Japanese population is decreasing, and people in general prefer new houses to old ones. A Tokyo-based real estate company, Real Estate Japan, even reported that it received some requests from foreigners.

Contents
Where to find free houses in Japan
Free house conditions in Japan
Are there alternatives?

Where to find free houses in Japan

In 2015, two towns made the news for giving free homes to young families willing to move: Shichikashuku in Miyagi prefecture, and Tsuwano in Shimane prefecture. In May 2018, Okutama, which is part of the Tokyo district, but in a remote location, also joined the program. The apps have already closed, and the new Okutama citizens were transferred in early 2019.

As we said at the beginning of the article, they are not really free. They are rented at a very low price, with the option of becoming the owner after a certain time. For example, in Shichikashuku, the rent for one of the houses provided by the municipality is 35,000 yen. Also, the transfer of ownership comes with some conditions. You have to be faithful to the people and live continuously for twenty years. This is equal to paying a mortgage of 8.4 million yen, which is still a good price.

On the other hand, the restoration work is your own responsibility, so you can expect to spend a few million to make the house finally habitable.

In the case of Okutama, the rules are similar: 50,000 yen a month, and the house is delivered within 22 years.

Additionally, there is a candidate selection process. Only young families are considered in Okitama. Parents must be under 43 years of age and their children must be studying a level lower than high school. Families with several children have preference: For each additional child, the mortgage is reduced by 5,000 yen. This means that a family of 10 children could live for free, hypothetically.

The eight houses built in Miyagi have an area of ​​125 square meters, with three rooms. The houses in Okutama are even smaller: only 50 square meters. Still, Okutama managed to gather enough applicants.

Finally, you must evaluate whether life in the country is ideal for you. Many think that life in rural Japan may not be so bad, but the chances of finding bilingual people in the countryside are nil, and the comforts and entertainment of the city do not exist.

If you are not married, have no children, are not young, or do not know if you would like to live in the rural area for a couple of decades, the best option is to buy an abandoned house. There are an estimated 10 million abandoned houses in Japan, many of them in the countryside. Not all of them are for sale, but there are properties that can be turned into something useful.

If you are interested in searching for free houses in Japan, this site (in Japanese) has a catalog of abandoned houses for sale.

For more reference, you can see the following video of a person who bought an abandoned house: 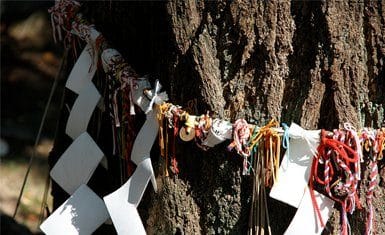